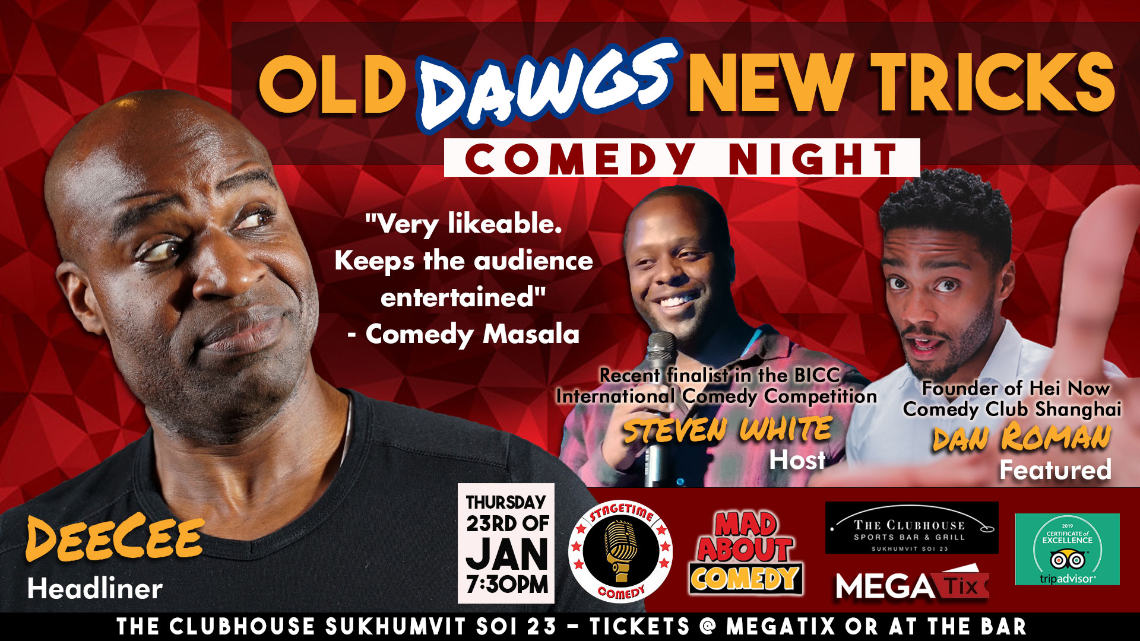 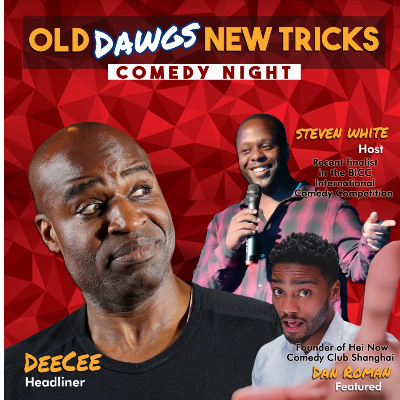 Thursday 23rd of January Old Dogs New Tricks is back!

Headlining the show is DeeCee a Singapore-based comedian with humour inspired by his unique perspective living as a black Canadian/US expat in Southeast Asia. He successfully weaves his life experience in relationships, parenting, and career as a chiropractic physician into a twisted, yet relatable, brand of comedy that will leave you in stitches.

Downstairs open all day so come early to enjoy sports on the big screens, food and drink specials!

This will be one huge night of laughs! Don't miss it!