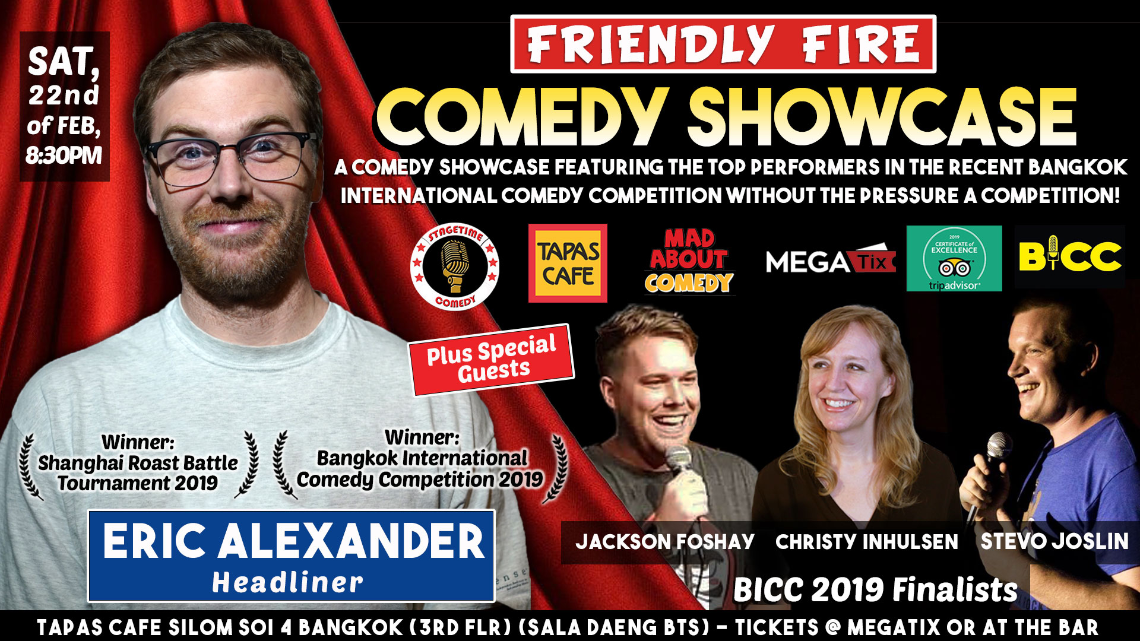 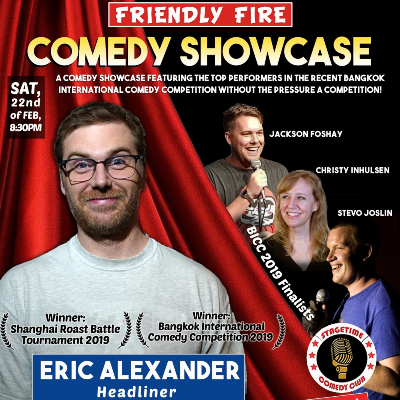 The end of 2019 saw an event that celebrated Thailand and the Asian comedy scene with the running of The Bangkok International Comedy Competition. Stagetime Comedy along with BICC and Mad About Comedy is bringing you a show featuring Eric Alexander the winner of the competition and the Thailand based comedians who slugged it out in the final!

'Friendly Fire' will be a fun night of comedy without the pressure of a competition, letting the comedians do what they do best, being funny where the audience is the winner!

Bangkok welcomes back Canadian comic, Eric Alexander. Eric was the winner of the 2019 Shanghai Roast Battle Tournament and the 2019 Bangkok International Comedy Competition, Eric has opened for stand up veterans including Neal Brennan and Tom Rhodes,.