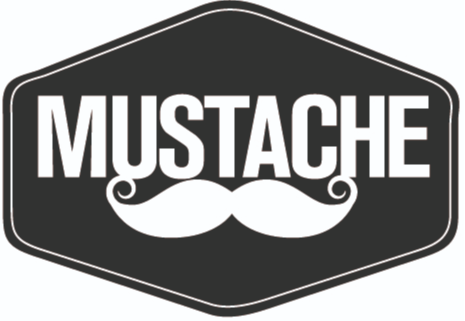 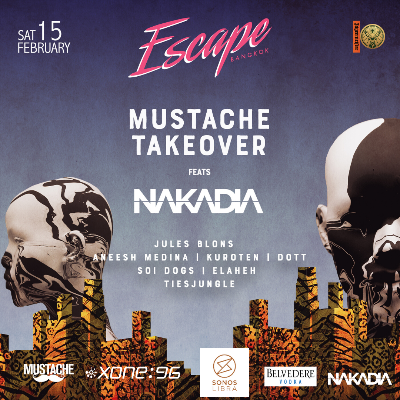 𝙈𝙪𝙨𝙩𝙖𝙘𝙝𝙚 & 𝙉𝙖𝙠𝙖𝙙𝙞𝙖 is back and want to bring you to one of the most cool venue of Bangkok: Escape Bangkok

Easily accessible by BTS at the heart of Bangkok, Escape Bangkok is located on the bulding B of Emquartier at the 5th Floor. BTS Station Phrom Phong

▸ Photo Background by our sponsor during the night

▸ Activities to be announced soon.

- with Wristband = Free before Midnight

The parking of Emquartier is free during 10 hours, don't forget to

stamp your ticket at Escape before you leave.

Nakadia’s unstoppable energy stems back to her childhood in the poor Thai countryside, where she grew up on less than $1 per day. At sunrise, her daily duty was to fetch the family’s water from a nearby lake before making her way to school. Their self-built wood and metal home didn’t have any frills—not even electricity or running water—but Nakadia still lights up with joy when she looks back upon those times. It’s her pure happiness for life itself that she’s maintained until today, half a lifetime later as a world-famous artist touring the globe.

The journey between Nakadia’s early days at the farm and her global success was a long, difficult one. As a teenager, she was filled with the urge to explore. Her hunger to discover the world pushed her to move to the nearby city of Korat, where she lived in a room with six other girls. She learned to survive on her own, working double shifts at multiple factories. Later, she found a job at an internet café, where she taught herself basic English in chatrooms with people all over the world. One of those people was Sebastian, who invited Nakadia for her first trip to Germany in 2002. It was on this trip that she discovered techno music, and knew she’d found her calling right away. “I was born to be a DJ!”

A turbulent journey began. Nakadia devoted herself to finding the perfect sonic fuse. In 2003, she moved to the island of Koh Samui where her jaw-dropping gigs set the stage for her international career. Crafting her sound without any guidance—all in a country marked by the mainstream—Nakadia pioneered the rise of the underground in Thailand, conquering the rest of the world at the same time. Forced to prove herself over and over again, she refused to let the male dominated industry know her as “the little cute Thai girl.” Rather than get frustrated, she kept her energy high and never allowed the prejudice to wipe away her contagious smile. She continued to push forward, achieving milestone after milestone without relying on those with the power to open doors for her more easily.

In 2010, Nakadia moved to Berlin, as her jam-packed tour schedule made it impossible to keep working out of Thailand. By the end of 2019, she pinned over 1,700 performances across 72 countries to her gig list, playing at Tomorrowland, Love Parade, Loveland, Watergate Berlin, D Edge Sao Paulo, The Egg London, Marktkantine Amsterdam, and Rainbow Serpent Australia, plus countless other top venues, festivals, and events.

After being discovered by Yann Pissenem during a first performance at Sankeys Ibiza in the summer of 2013, she became a fixed name on the white island, performing regularly at hotspots like Ushuaia, Amnesia, Sankeys, Zoo Project, and Blue Marlin. As a promoter, she made history in Thailand with her legendary “Nakadia Welcomes” nights, hosting Loco Dice and the legendary Sven Väth an impressive seven times across the country.